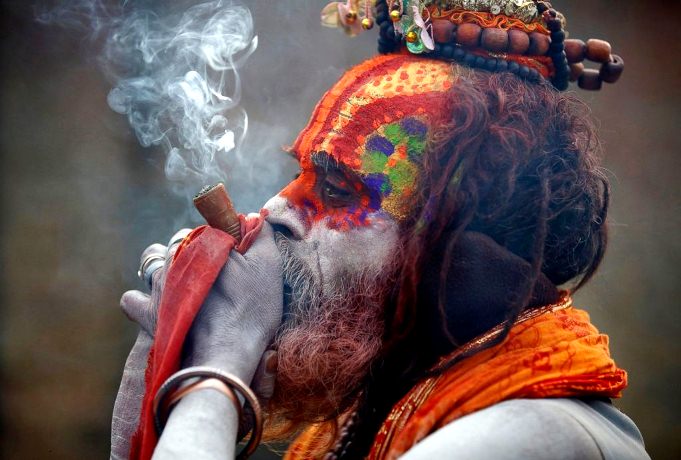 OVERVIEW- North India is famous for its rich religious and spiritual heritage. The temples located in the northern region are hugely revered by the people of India and are definitely worth a visit. Incredible North Spiritual Tour starts from the national capital, Delhi further descending to regions with the spiritual places, yoga and meditation that is Haridwar & Rishikesh. Mathura along with Vrindavan, where the lord spent his childhood consists of temples in a large number. All the temples are special and vibrant making the place look very colorful and animated. Next you can also explore the temples of Orchha and Khajuraho and take a holy dip in the sacred water of river Ganges in Varanasi.

HARIDWAR- Haridwar is one of the seven holy cities of the Hindus that are also known as Moksapuri or Sapta-Puri. Literally means the gateway to Hari, an epithet for Vishnu, the Creator in the Hindu Trinity of Creator-Preserver-Destroyer. It is also called Gangadwara, because it is near Haridwar that the Ganga, the most sacred river of the Hindus, enters the Great Plains.Â

RISHIKESH- It is a peaceful town and is also one of the holiest towns of India. There is a mystical air about the place. A famous centre for yoga (mystical and spiritual training) and meditation, the town is dotted with numerous ashrams which offer yoga and meditation courses.

MATHURA- The land where Lord Krishna was born and spent his youth, has today little towns and hamlets that are still alive with the Krishna- legend and still redolent with the music of his flute. Mathura, a quiet town on the River Yamuna was transformed into a place of faith after Lord Krishna was born here.Â

VRINDAVAN- A village - once noted for its fragrant groves, is where he spent an eventful youth. There are numerous other little spots in the area that still reverberate with the enchantment of Lord Krishna.

ORCHHA- The meaning of the place, Orchha is â€˜a hidden placeâ€™ and it perfectly justifies this small village hidden by the forests. Its grandeur has been captured in stone, frozen in time a rich legacy to the ages. It is a major tourist attraction of Madhya Pradesh because of the number of beautifully built palaces, temples and cenotaphs built in the 16th and 17th centuries reflecting the rich Bundela art and architecture.

DAY 1: DELHI - HARIDWAR:- Arrive in Delhi and later, drive to the City of Ganges-Haridwar.Â

HAR KI PAURI- A major landmark and famous ghat on the banks of River Ganga. It is believed to be a place of exit of holy river Ganga from the mountains.

MANSA DEVI TEMPLE- One of the most revered temple of Goddess Mansa Devi. The temple is a famous Siddhpeeth and offers panoramic views of the city.

SAPTRISHI ASHRAM- This is an old beautiful ashram built on banks of river Ganga.

BHARAT MANDIR- The temple is situated in the heart of the township of Rishikesh. Said to be the oldest temple in Rishikesh, it is also regarded as one of the most ancient shrines in India.

LAXMAN JHULA- Lakshman Jhula, the famous hanging bridge across Ganga, is about 3 km from the main township of Rishikesh. As per mythological tales, once Lakshman, the younger brother of Lord Rama, crossed river Ganga at the same site where the bridge now stands.

PARMARTH ASHRAM- Founded in 1942 by Pujya Swami Shukdevanand Ji Maharaj, Parmarth Niketan is an ashram located in Rishikesh. Itâ€™s the largest ashram in Rishikesh with over a thousand rooms. Parmarth Niketan provides its thousands of pilgrims a clean, pure and sacred atmosphere as well as abundant, beautiful gardens.

DAY 3: RISHIKESH - DELHI:- Today day free for rafting or any other activity such as yoga and meditation. Later in the afternoon depart back to Delhi.

DAY 4: DELHI â€“ MATHURA:- After breakfast, drive to the ancient city of India- Mathura. Transfer to the hotel. After freshen up visit

KRISHNA JANMA BHOOMI MANDIR- It is known to be the birthplace of the Hindu deity Lord Krishna who was the 8th incarnation of the deity Lord Vishnu.Â

JAMA MASJID- It is one of the major historical monuments in Uttar Pradesh. The mosque houses the tomb of the Mughal governor and is located close to the aforementioned Krishna Janma Bhoomi Mandir.

DWARKADHISH TEMPLE- The temple was established around 150 years ago by a devotee of Lord Krishna. The temple is known for its amazing swing festival at the start of the monsoons in this region. The Lord Krishna depicted in the idol here is in his â€œKing of Dwarkaâ€™ form and is depicted without the peacock feather and the flute.

RADHA KUND- The pool of the Radha Kund is the most sacred said to be formed by Lord Krishna who struck the earth and the water emerged at this spot.Â

DAY 5: MATHURA â€“ VRINDAVAN - AGRA:- After breakfast, drive to Vrindavan.Â  Along with Mathura, Vrindavan is described as one of the twin holy cities.Â

GOVARDHAN HILL- The hill is mentioned in the ancient texts of the Hindus and was once lifted by lord Krishna to defeat Indra the god of Rain and thunder in Hindu Mythology.Â

GOVIND DEV TEMPLE- It is one of the most important temples in Vrindavan and the main deity here is Govind Dev or Lord Krishna. The Idol was brought to this temple by the Rajput king of Jaipur, Maharaja Sawai Jai Singh II.

HARE RAMA HARE KRISHNA TEMPLE- A temple by the ISKCON society, is one of the major temples in Vrindavan.Â

KESHI GHAT- Located at the banks of the River Yamuna, the Keshi Ghat is one of the most important Ghats in Vrindavan. he Keshi ghat was the place where Lord Krishna took a bath after he slew the demon Keshi and is considered a revered pilgrim spot.

BANKEY BIHARI TEMPLE- The temple was built by the great Indian music guru Swami Haridas. The temple has an old idol of Lord Krishna in his enjoyer or â€˜Bankey Bihariâ€™ posture.Â Â

RANGANATHJI TEMPLE- The temple was built in a distinctive Dravidian style and was completed in 1851 and is dedicated to Lord Ranganath a name for Lord Vishnu. The temple is famous for its amazing temple complex and the fine architectural asthetics

Later continue your journey towards the second leg of Incredible Spiritual Tour. Drive to old and beautiful town- Orchha. Transfer to hotel and after lunch visit Orchha.

JAHANGIR MAHAL- A 17th century mansion, is remarkable for its vivid and fine Indo-Islamic style of architecture.Â

CHHATRIS- The cluster of the Chhatris along the KanchanaGhat of the Betwa River is one of the imposing and attractive features in Orchha. These Chhatris are the memorials of the rulers of Orchha.

ORCHHA FORT- The Fort Complex is the main attraction of Orchha, it is located on an island on the Betwa River.Â

DAY 8: KHAJURAHO - VARANASI:- After breakfast drive to the city of Varanasi situated on the west bank of the holiest of all Indian rivers, the Ganga or Ganges. Transfer to hotel. Evening free for leisure.

Early morning boat cruise at the river Ganges to observe the way of life of pilgrims by the Ghats. The Ganga Ghats are the main centre of religious activities and rituals and also form one of the main attractions of Varanasi. The Alamgir Mosque, blend of Hindu and Mughal styles of architecture, is another important attraction of Varanasi.Â

Some of the important temples are Durga Temple, Vishwanath Temple, SankatMochan Temple, TlsiManas Temple and The Bharat Mata Temple. Other attractions of Varanasi are the Benaras Hindu Universality, the Archeological Museuwm and Buddhist Stupas.

Later in the evening, take a flight/train towards onward destination.

Haridwar at a Glance

Rishikesh at a Glance

Mathura at a Glance

Vrindavan at a Glance