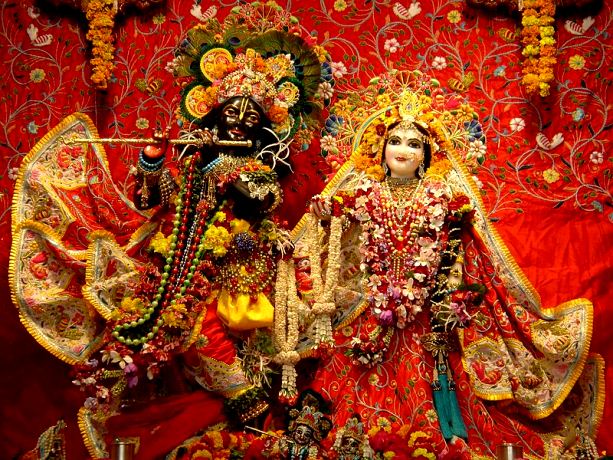 OVERVIEW- Religion has been deeply ingrained into the Indian lifestyle for as far as one can remember, which is why India abounds in cities and towns all across the country which is devoted to fulfilling spiritual desires of people who come to visit these places from far and wide. Mathura is one such place which is considered one of the most sacred lands of India, and is filled to the brim at any point of the year with people looking to pursue spiritual enlightenment. One of the oldest cities on the banks of Yamuna, Vrindavan is considered to be one of the most important places of pilgrimage for the devotees of Krishna. It is said that Lord Krishna had spent his childhood in Vrindavan. The name of the city has been derived from Vrinda (meaning basil) and van (meaning grove) which perhaps refer to the two small groves at Nidhivan and Seva Kunj. Since Vrindavan is considered to be a sacred place, a large number of people come here to abandon their worldly life. The city of Vrindavan hosts hundreds of Lord Krishna and Radha temples scattered throughout. The vibrant surroundings perfectly depict the playful and benevolent nature of Lord Krishna.

MATHURA- The land where Lord Krishna was born and spent his youth, has today little towns and hamlets that are still alive with the Krishna- legend and still redolent with the music of his flute. Mathura, a quiet town on the River Yamuna was transformed into a place of faith after Lord Krishna was born here.

VRINDAVAN- A village - once noted for its fragrant groves, is where he spent an eventful youth. There are numerous other little spots in the area that still reverberate with the enchantment of Lord Krishna.

Today, drive to the ancient city of India- Mathura. Transfer to the hotel. After freshen up visit

KRISHNA JANMA BHOOMI MANDIR- It is known to be the birthplace of the Hindu deity Lord Krishna who was the 8th incarnation of the deity Lord Vishnu.

JAMA MASJID- It is one of the major historical monuments in Uttar Pradesh. The mosque houses the tomb of the Mughal governor and is located close to the aforementioned Krishna Janma Bhoomi Mandir.

DWARKADHISH TEMPLE- The temple was established around 150 years ago by a devotee of Lord Krishna. The temple is known for its amazing swing festival at the start of the monsoons in this region. The Lord Krishna depicted in the idol here is in his King of Dwarka form and is depicted without the peacock feather and the flute.

RADHA KUND- The pool of the Radha Kund is the most sacred said to be formed by Lord Krishna who struck the earth and the water emerged at this spot.

After breakfast, drive to Vrindavan. Along with Mathura, Vrindavan is described as one of the twin holy cities.

GOVARDHAN HILL- The hill is mentioned in the ancient texts of the Hindus and was once lifted by lord Krishna to defeat Indra the god of Rain and thunder in Hindu Mythology.

GOVIND DEV TEMPLE- It is one of the most important temples in Vrindavan and the main deity here is Govind Dev or Lord Krishna. The Idol was brought to this temple by the Rajput king of Jaipur, Maharaja Sawai Jai Singh II.

HARE RAMA HARE KRISHNA TEMPLE- A temple by the ISKCON society, is one of the major temples in Vrindavan.

KESHI GHAT- Located at the banks of the River Yamuna, the Kashi Ghat is one of the most important Ghats in Vrindavan. he Kashi ghat was the place where Lord Krishna took a bath after he slew the demon Kashi and is considered a revered pilgrim spot.

BANKEY BIHARI TEMPLE- The temple was built by the great Indian music guru Swami Haridas. The temple has an old idol of Lord Krishna in his enjoyer or Bankey Bihari posture.

RANGANATHJI TEMPLE- The temple was built in a distinctive Dravidian style and was completed in 1851 and is dedicated to Lord Ranganath a name for Lord Vishnu. The temple is famous for its amazing temple complex and the fine architectural asthetics.

Day free for leisure and later, drive back to Delhi to catch your flights towards onward destination.

Mathura at a Glance

Vrindavan at a Glance