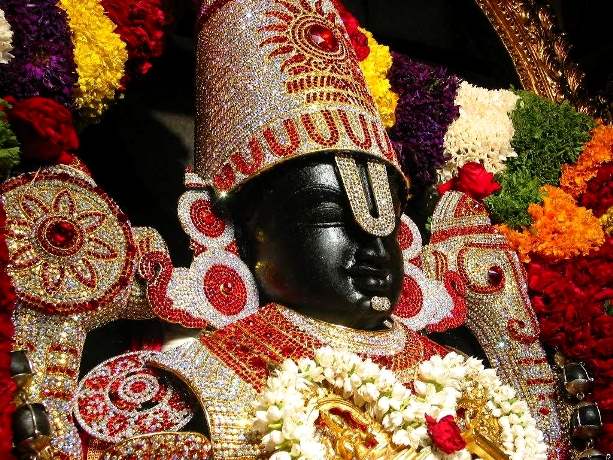 OVERVIEW-Tirupati is enough to evoke strong spiritual feelings, and while the name Gods Abode indeed does justice to the place. Situated in the Chittoor district of Andhra Pradesh, Tirupati is one of the most popular pilgrimage centers in the country. Home to many heritage sites, and a plethora of ancient temples and monuments, Tirupati is one of the oldest cities of India, and finds mention in plenty of ancient texts. Present as an abode of Lord Venkateshwara, an incretion of Lord Vishnu, this temple is popular as 'Vaikuntam' on the earth. A horde of spiritual travelers swarms this place every year to drench themselves in utter spirituality and serenity.

CHENNAI- Chennai the fifth most populous city in India and the capital of Tamil Nadu. Chennai is situated on the Coromandel Coast of the Bay of Bengal and was initially known as Madras. Chennai is also known as the automobile capital of India and it has the maximum number of automobile industry in India. It is city with a blend of old and new in the right proportion. Chennai is housed with a number of historic landmarks and beaches.

TIRUPATI- Set in the foothills of the Eastern Ghats in Andhra Pradesh, Tirupati is well known for housing one of the oldest pilgrimage sites- Balaji Temple. One of the most ancient and holy cities of the country, Tirupati is one destination which remains flocked with pilgrims all throughout the year.

Arrive in Chennai and later transfer to the hotel. After freshen up, evening free for leisure. One can visit the famous

MARINA BEACH- This is naturally the instant choice for everyone that visits Chennai. This is the second longest beach in the world. The large expanse of silver sand allows for a great walk along the seashore. Sunrise and sun set views are picturesque in this perfect setting. Some of the sports activities possible in Marina Beach include fishing, wind surfing and beach volley ball.

In the morning after breakfast, start driving towards the Land of Temples- Tirupati. Transfer to hotel. After freshen up

SRI VENKATESWARA TEMPLE- The most famous temple with historical importance is Sri Venkateswara Temple on the seventh peak of Tirumala Hill. The massive temple covers an area of 2.2 acres of land. The temple is located on the south of Swami Pushkarini River. People who follow a particular faith feel at peace when they are here. It is considered most divine. It is the second most frequented shrine all over the world, the first being Vatican. It is also the richest temple in the world.

KAPILA THEERTHAM- This is a famous Saivite Temple and Theertham, located at Tirupati in the Chittoor District of Andhra Pradesh, India. The idol is believed to be installed by Kapila Muni and hence Lord Siva here is referred to as Kapileswara.

TALAKONA WATERFALL- It is the highest waterfall in Andhra Pradesh falls from a height of 270 feet. The location of the waterfalls is 30km into the forest. From the base, a trekking for nearly two kilometers will take you to the waterfalls. The views here are spectacular. The right time to visit the place would be during rainy season. The water is awesomely clear and cold.

SRIKALAHASTI- Srikalahasti is situated on the banks of Swarnamukhi River. It is one of the most famous destinations sought by pilgrims. Shiva Linga is worshipped here as Vayu Linga. Vayu means air. Air is one of the five elements of the Universe, the others being water, earth, fire and space. An oil lamp in the sanctum constantly flickers while other lamps remain motionless.

Continue your drive to Chennai. Transfer to hotel. Evening free for leisure.

After breakfast, depart to airport to catch your flight/train towards onward destination.