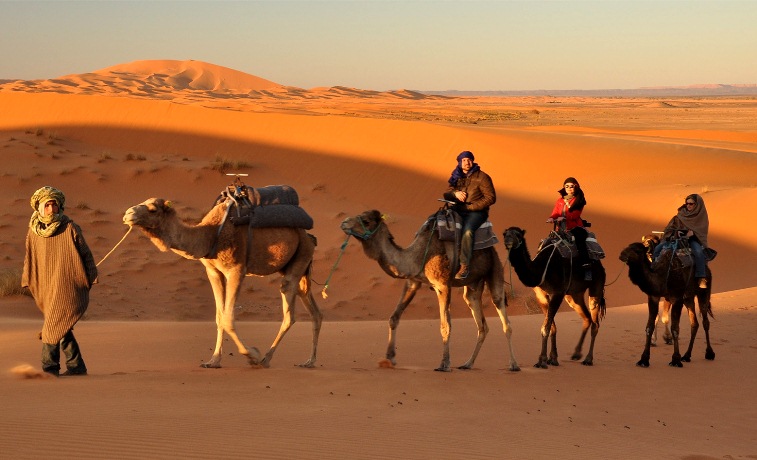 KOTA- Kota is a famous for its industries as well as natural beauty. It is situated on the bank of the river Chanbal in the southeast Rajasthan. The history of Kota is linked with the history of Bundi.

BUNDI- This place has one of the most magnificent histories that a region can have, and many wars and battles were fought here for over 600 years between Rajput clans, the Marathas and the British. Rajput heritage continues in Bundi, famous even today for paintings depicting royal hunts.

UDAIPUR- One of the most beautiful cities of Rajasthan, located on the banks of Lake Pichola, also known as a 'Jewel of Mewar'. The most romantic city of India can take the tourist into paroxysm of heaven. The center of attraction vibrates around the shimmering blue waters and the royal white marble palaces constructed with unique artistic insight.

JAISALMER- Popularly known as the Desert City of Rajasthan, and is a paradise of the desert kingdom. It sets a image of deserted land with camel swiftly moving on the golden sands. The city is almost enticing and for domestic travelers as it is to foreign tourists. Standing in pride with its colossal forts, palaces and havelis, Jaisalmer showcases the artistic sense of the Rajput kings.

JODHPUR- Popularly called the Blue City of Rajasthan; Jodhpur is second largest city in Rajasthan after Jaipur. It is an island of marble palaces from the desert by an immense wall, with eight gates facing different directions. Jodhpur is famous for its magnificent fort and palaces. The city is situated at the edge of the Thar Desert with Jaisalmer on its west, Bikaner on its north side.

Arrive in Jaipur and later transfer to the hotel. Time to relax.

In the evening you can visit Chowki Dhani- well-recreated Rajasthani village. You get an evening's entertainment and rich traditional dinner. You can view Rajasthani dances, potters, cooks, go on animal rides, and visit palm readers etc. Return back to Jaipur and overnight at hotel.

AMER PALACE- A beautiful complex of palaces, halls, pavilions, gardens and temples built by Raja Man Singh. Tourists often ride on the elephant back to the Singh pool and the Jaleb Chowk.

RANTHAMBORE FORT & JOGI MAHAL- The park got its name from the Ranthambore Fort, which sits on a rocky outcrop in the heart of the Park. The fort, which dates back to the 10th century and is probably the oldest existing fort in Rajasthan, was a vital citadel for control of Central India and particularly the Malwa plateau. The entry point to the Ranthambore National Park goes straight to the foot of the fort and the forest rest house, Jogi Mahal. Also it has the second-largest Banyan tree in India.

Next morning drive towards Land of Chambal- Kota.

GARH PALACE- The foremost tourist attraction in Kota is the 'Garh'. This large complex, also known as the City Palace, is built in a predominantly Rajput style of architecture.

JAGMANDIR PALACE- The palace was built by one of the queens of Kota between 1743 and 1745, and is situated in the middle of the Kishore Sagar Lake. Built in red sandstone, it is a monument of exquisite beauty.

CHAMBAL GARDEN- Located on the bank of river Chambal, this place is one of the most beautiful picnic spots in the city of Kota. At Chambal Garden, visitors can enjoy peace in the lap of exquisite greenery. The major attraction here is the wonderful boat ride that you can take on the Chambal River.

After breakfast drive to Bundi, a city inhabited by Hadotis in the state of Rajasthan, Bundi, is of particular architectural note for its palaces, forts and stepwell reservoir, which are locally known as Baoris.

Further continue your journey to Udaipur. Transfer to hotel, and time to relax.

Take on a full day city tour of The City of Lakes- Udaipur.

Today continue your drive to the desert town of Jaisalmer. Enroute visit Rohetgarh, a historical village located near the town of Jodhpur in the semi-desert region of Rajasthan.

Further continue to Jaisalmer. Transfer to hotel and in the evening visit

SAM SAND DUNES- Sam Sand dunes are the major attractions of Jaislamer. It is 3 kms long and 1 km wide and is half a kilometer high. The Sam sand dunes are unreliable and they are picturesque. Sam Sand dunes are just the place to surf the golden sands of Rajasthan through a safari.

Take on a full day city tour of Jaisalmer.

JAISALMER FORT- This fort is the second oldest fort of Rajasthan. A sight to behold, this living fort is one of the marvels of Rajasthani Architecture, especially of the stone carver's art.

HAVELIES- Evoking a vision of chivalry and valor, wealthy merchants built these havelies. Famous for their intricately- carved facades, the workmanship of Jaisalmer's Havelies present a beautiful amalgam of Rajput architecture and Islamic art. Some of the famous havelies of Jaisalmer are Salim-Singh-ki-Haveli, Patwon-ki-Haveli, and Nathmal-ki-Haveli.

GADISSAR LAKE- The origin of this artificial water tank dates back to 1156 AD. Surrounded by small temples and shrines, it also gives a view of the exquisite archway, Teelonki Pol - one of the main entrances to the lake and the city.

Next morning drive to the Blue City of Rajasthan- Jodhpur. Transfer to hotel and after lunch visit Jodhpur.

Later in the day, transfer to Jodhpur Airport/Station to catch your flight/train towards onward destination.

Kota at a Glance

Bundi at a Glance

Jaisalmer at a Glance