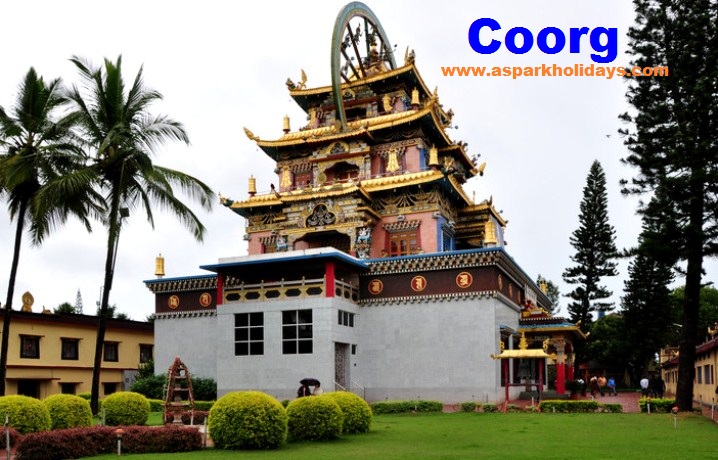 Coorg, a popular Hill Station of India- Coorg is a hilly district, the lowest elevation of Coorg is 900 metres (3,000 ft) above sea-level. The highest peak, Tadiandamol, is 1,750 metres (5,740 ft) above sea level, with Pushpagiri, the second highest, at 1,715 metres (5,627 ft). The main river in Coorg is the Kaveri (Cauvery), which originates at TalaCauvery, located on the eastern side of the Western Ghats, and with its tributaries, drains the greater part of Coorg district.

Flora and Fauna in Coorg- Coorg is abundant with wildlife and has three wildlife sanctuaries and one national park: the Brahmagiri, TalaCauveri, and Pushpagiri Wildlife Sanctuaries, and the Nagarhole National Park, also known as the Rajiv Gandhi National Park.

In the forest of the less thickly-wooded bamboo country in the west of Coorg the most common trees are the Dalbergia latifolia (Black wood), Pterocarpus marsupium (Kino tree), Terminalia tomentosa (Matthi), Lagerstroemia parviflora (Benteak), Anogeissus latifolia (Dindul), Bassia latifolia, Butea monosperma, Nauclea parvifiora, and several species of acacia. Teak and sandalwood also grow in the eastern part of the district.

The fauna include: the Asian elephant, tiger, leopard, Dhole, Gaur, Boar, and several species of deer. Coorg also offers a wide variety of birds; roughly around 300 birds have been sighted and reported over the years.

The land of Coffee- The most common plantation crop of Coorg district is coffee, especially Robusta variety. Kodagu is the second coffee production region in India, after the Baba Budangiri hills in Chikkamagaluru district. One can go to see the coffee plantation and can understand how sophisticated coffee plantation is and how much perfection and precision it requires it is mandatory to grow coffee in shade so it is grown with the eucalyptus trees and the vanilla.continues weeding is required for the growth of good quality coffee. Coorg is also known for its forest honey.