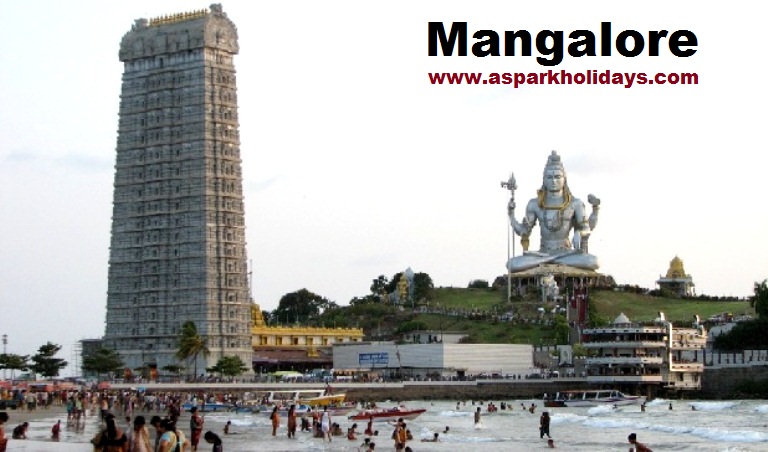 ABOUT MANGALORE
Mangalore popularly known as Kudla in local language, is the coastal lovers paradise and a city of palms, culture and rich tradition. It is a small city with a population not more than 7 Lakhs. The city Mangalore was named after the local Hindu deity Mangaladevi. Mangalore is known for its beaches, temples and industries. There are several languages spoken there, including Tulu, Konkani, Kannada, and Beary. Lying on the Backwaters formed by the Netravati and Gurupura rivers, it has long been a road stead along the Malabar Coast. Mangalore is a home for many Financial Institutions having around 176 Commercial Banks in itself and, Educational Institutions and Medical Institutions . Mangalore is the headquarters for Dakshina Kannada District. The Dakshina Kannada District is proud to have the Headquarters of five Nationalised Banks, Syndicate Bank at Manipal , Corporation Bank, Canara Bank, Vijaya Bank and Karnataka Bank. Several Scheduled Banks like Mangalore Catholic Co-operative Bank (MCC Bank), SCDCC bank and Lord Krishna Bank are also based here. Other Banks with a prominent presence Shamrao Vittal Co-operative Bank (SVC Bank) with its Headquarters in Mumbai but roots in Mangalore.The literacy level in Urban Mangalore is 86% and 76% being in Rural Mangalore

History of Mangalore- This land is hailed as "Parashurama Srusti". The Taulava kings ruled this land of beauty and plenty in the days of yore. Goddess Devi who is Vindhyavasini, in her resplendent glory, once felt an irresistible desire to grace the Taulava kingdom by her holy presence. Accordingly she chose her benevolent "adsthana" the place situated to the south of the Kadali Kshetra of Lord Manjunatha. Sage Parashurama, through his perspective gaze of knowledge, came to know of the Transcendental Mother's bening arrival. Offering his obeisance to her, he hailed the goddess in slokas of scintillating brilliance and charm. The divine mother was immensely pleased with the devotion of Bhargava and told him that she would dwell in his place as "Mangala Devi" to be worshipped by devotees, with "Pujas" and "Utsavas" in the ages to come. She also ordained that since she would well in all her spiritual glory, Bhargava would receive her choicest blessings, for his "aradhana" of her in a mind that is chaste and pure. The Goddess, pleased with the divine wish of her beloved son, ordained the king Bhangaraja to construct the marvelous city of Mangalapura in her name so that his name too might reverberate in the distant corners of Baratha Varsha with its echoes of resonance. Bhangaraja, awoke from his dream, offered his prayers to the Goddess, and immediately set upon himself the task of rebuilding the temple and along with it the beautiful city, in the hallowed name of the divine mother.

Places of Interest in Mangalore

Mangaladevi Temple- Mangalore city derives its name from the presiding Deity Mangaladevi, the Goddess of fortune. The 10th century temple is situated 3 Km. away from main City Bus stand. This temple built by the Ballal family of Attavar in memory of a Malabar Princess - a princess of Kerala, is a tile roofed low structure.

Kadri Manjunath Temple- The Temple is situated 4 Km. away from Nehru Maidan Bus Stand, at the foot of the Kadri Hill reputedly inhabited by local Yogis. The Kadri Temple, a square shrine with a pyramidal roof dates back to about 1068 A.D. The seated idol of Lokeshwara, a three-faced figure with six arms, 1.6m high  is reputed  to be one of  the best bronze statues in India. On top of the Kadri hill, there is a Jogimutt' and some stone caves known as the caves of the Pandavas. They attract a lot of pilgrims every year. There is also a park having Snakes & Animals Zoo, Toy Train and a beautiful garden.

St. Aloysius College Chapel- The Chapel is situated a km away from Nehru Maidan Bus stand, on the light house hill. The chapel built in the year 1899-1900 has exquisite frescoes covering the walls and the ceilings. The 19th century paintings were painted by the Italian trained Jesuit priest Antony Moscheni.

Light House Hill-Garden- The 18th century light house, believed to have built by Haider Ali, is situated a Km. away from the Bus Stand. There is a garden there and One can get a beautiful view, of the sea, the sailing ships and boats from there.

Sultan Battery- The watch tower constructed by Tipu Sultan,  is situated 4 Km. from the City. Built in Black Stones, it gives the impression of a miniature fortress with its arrangements for mounting cannons all-round.

Shreemanthi Bai Memorial Government Museum- The museum just beyond the KSRTC bus stand has a small collection of antiquities. Wooden carvings of divinities such as Bhairava and Hanuman, stone sculptures dating back as early as 13C, porcelain and a remarkable bronze bell with a miniature Lakshmi shrine are found here.